What Are Navien Tankless Water Heaters and How Do They Work?

Tankless water heaters are one of the smallest water heating units available. They can be wall mounted and heat water on demand instead of holding heated water in a storage tank nearby.

When a user turns on a faucet or water system, the tankless water heater instantly heats the water passing through it. Other water heaters hold large amounts of pre-heated water in a tank, which must sit around your home taking up space. They also require maintenance of their own.

Tankless water heaters often need professional installation, because they need a dedicated ventilation system installed. They use larger natural gas pipes and equipment than other heating units, which can give them a higher initial installation cost.

However, they are one of the most energy efficient water heaters. Because they do not have a tank of water whose temperature they must maintain, they save significantly more money and energy over time. An average sized tankless water heater uses half as much energy in one year.

Navien is a company founded in Japan in 1978 to produce boilers. Navien has a North American headquarters in Irvine, California.

The modern Navien brand was bought in 2006 and has been bringing hot water to homes ever since. It is still tied to water heating going all the way back to 1982, however, when its predecessor launched Asia’s first condensed gas boiler.

Navien was the first company to adopt EN (European) standards for each of their water heating units. They also put their green energy units and energy efficient water heaters at the forefront of their marketing.

Their units can be found listed on the Energy Star website, an EPA run website which tracks the energy efficiency of household appliances like water heaters. Because they are one of the most energy-efficient forms of water heating, Navien intends to expand their catalog of tankless water heaters, and focus more on them in the future.

Almost all Navien tankless water heaters use natural gas and propane to heat water. They can be connected to either system and use either heating material interchangeably.

Navien tankless water heater units use steel coils instead of copper for heat exchange. Copper coils exchange heat more quickly but break down far faster. Stainless steel coils, on the other hand, last for far longer and use a natural layer of oxidation to avoid rusting due to water.

Navien products are on the high end of tankless water heaters. They often have a button that recirculates the water in your pipes outside the unit, to remove any residual cold water.

Almost all of their new models also have Wi-fi connectivity, so you can activate the unit and run hot water when you are returning home before you ever step through the door. These features can make them feel like luxury water heaters but do increase the price somewhat.

On the practical side, a series of internal sensors track the condition of your Navien tankless water heater. They do a better job of warning you about malfunctions than other tankless units.

Navien tankless water heaters have more optional accessories than many other brands. The HotButton is an accessory you can install to recirculate cold water, so your shower is hot the moment you turn it on.

The Navien Advanced Series comes with a space heating option. It uses an H2Air Kit to produce warm air and distribute it through ducts. This means some Navien tankless water heaters can act as heating units in your home, though they’re less efficient than dedicated heating units.

Installation, which is often a necessary cost with tankless water heaters, can be between $500 and $1500 itself. The cost of installation varies based on some factors in your home.

The biggest of these conditions is whether you install a tankless water heater on the inside or outside of your home. Most units need to install a ventilation system, but this is considerably easier if it is installed outside the home.

Installing pipes to help recirculate cold water can make installation more costly. Installing a unit inside the home will require ventilation to the outside, and may take additional pipes and materials as well.

Navien has several optional costs as well. The Navien Advanced Series has a remote you can buy which allows you to manually control water temperature and the recirculation timer.

Navien water heaters are considered a high end or luxury brand of water heaters. Several of their units match the highest standards in energy efficiency that tankless water heaters can have. As a result, they are especially beloved by green energy supporters and energy-efficiency activists.

Because of their cost, they aren’t considered as accessible by the average household, however. They also feature many unique devices, such as the Wi-fi control system, which some reviewers complained was too technical for use in their home.

Navien offers a 15-year warranty if you have the device installed by one of their licensed professionals. This has given them a good reputation among the Better Business Bureau since it primarily counteracts one of the biggest complaints about their units; mechanical failure in the first ten years.

Overall, many testers said that Navien water heaters are the premier choice for anyone who wants to make their home more eco-friendly. They’re considered a bit more expensive than their competitors, but testimonies agreed that it was a fair increase in cost due to how energy efficient Navien units were. 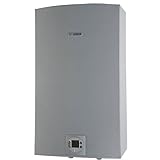 On the other hand, they sometimes only connect to one water line. If you don’t buy one of the larger tankless water heaters, it may only service a single faucet or area of your home.

Tankless water heaters are often one-fifth of the size of any water heater with a standing tank. If you have limited space, they are far easier to squeeze into your home than other water heater styles.

Navien doesn’t produce as many unique tankless water heaters as its competitors, such as Takagi or Bosch. They have a unit in each size range, however, so there should be a Navien tank in the right size for any home or building.

As a company, Bosch is their largest rival. Bosch is a Global 500 company and produces far more models than Navien. Their units are often simpler, but they are larger and require more space inside the home.

Takagi tankless water heaters, also known as AO Smith heaters, are also a rival of Navien. Takagi water heaters have one of the lowest rates of malfunctions in the first ten years. Navien, on the other hand, has one of the highest. 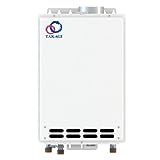 They are the opposite of Navien in several ways. Takagi tankless water heaters are designed for whole households. Several of their models are EPA compliant, but other than that, they put no great emphasis on energy efficiency or eco-friendly design.

Navien is considered a luxury brand of tankless water heaters. All of their units are highly efficient, and they produce some of the largest capacity models on the market. They are considered a top brand which many companies in the industry strive to compete with.

However, their units are considered a bit too technical and are considered more prone to malfunction than their rivals. Perhaps because of the excessive sensors and technological features, they are prone to mechanical failure within ten years of installation.

They’re also a good choice if you’re building a Smart Home. If you want to run a bath the moment you walk in the door, you’ll love their connectivity. They allow you to track the amount of water passing through your system, recirculate cold water, and have many other Smart functionalities.

The units themselves are also not known for their longevity since more electronics means more likelihood of malfunctions. While their warranty covers this well, many users pointed out it is easily voided if the installation wasn’t done by a profession from the Navien company itself.

Regarding the nitty-gritty though, the stainless steel coils and other innards of a Navien tankless water heater last far longer than copper coils and the parts of other heaters. So if you are fine letting a sensor blink out without fixing the electronics, it will still function well internally for many years. Just remember that you’re paying a higher initial cost for the unit due to those electronics.

The last thing to consider is if you want a tankless water heater. Navien specializes in tankless units, which can take up far less space than a water heater with a tank.

However, water heaters with tanks are better if you want to run multiple devices, like a washer and your faucet, at the same time. They are two devices designed for different purposes, so a tankless water heater isn’t necessarily an upgrade from one with a standing tank.

One of the reasons for Navien’s reputation for high price tags is that they answer this challenge though. The ability to cascade their tankless water heaters to help provide water to multiple devices is rare in tankless heaters and sets the brand apart because Navien tanks can handle bulky water demands.