How Does a Water Softener Work? - A Quick Look at What It Does...

How Does a Water Softener Work? – A Quick Look at What It Does…

Water softeners look like simple machines, but in fact, they are hard at work to bring you what we call ‘soft water’

Since there are 4 main different types of water softening systems, the answer to the question ‘ how does a water softener work’ is not a straightforward answer.

To help you understand more about water softeners, let’s talk about hard water, why we try to get rid of it, and the different ways we can do this. 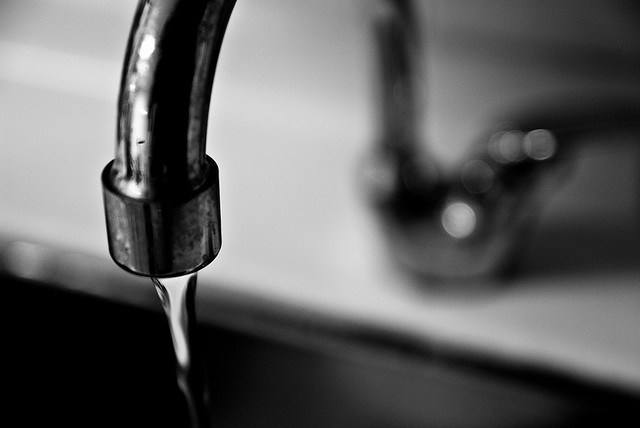 What is hard water?

Hard water, is the raw water which flows through our pipes, taps, fountains, and hoses across the US. It’s worse than it actually sounds so that everyone knows. People can survive using this kind of water but you will be jeopardizing your health in the long run if you keep using it as well as all your appliances in your house that involves water. It’s the two most common reasons why people decide to switch over to using water softeners.

Its basically ‘raw’ water- meaning its untouched water, or more specifically, its water with a high mineral content, these minerals being calcium and magnesium mainly.

These minerals are picked up as the water percolates through a series of underground tunnels in rocks and soil- passing through deposits if calcium and magnesium coated minerals (for example, limestone and chalk)

Why is hard water bad?

Some people will tell you that hard water is bad to drink.

This is a myth- studies have proved that hard water consumption does not have negative health effects.

The reason hard water is bad is because of the scale deposits left from the minerals within when the water has evaporated. For this reason, the harder the water level, the more minerals within, and the worse the negative effects.

Here are the main negative effects of hard water related scale build up:

How do water softeners work?

This method of softening water is very similar to the process used to desalinate seawater.

Hard water is forced through a very fine membrane, and the minerals within the water do not pass through, leaving water on one side, and impurities on the other.

The main factors in this system are pressure, and a very fine, semi-permeable membrane which the water is forced through.

Reverse osmosis is the process often used in under sink RO systems and also above sink faucet water filters.

Also known as anti-scale magnetic treatment, it works by passing hard water through a magnetic field in order to reduce the effects of hard water.

These systems are very small in size when compared to other softening systems, usually only requiring a display panel and a set of magnetic transmitters which are coiled around water supply pipes.

This is a very controversial method of water softening- scientific studies into its effectiveness have given mixed results, only making the debate more confusing.

Overall, this method rarely works, as illustrated in this study, so if your water is unusually hard, it may not be the best choice for you.

Salt-based water softeners are well known to be the most effective way to soften hard water.

This system utilizes a process called ion exchange, whereby hard water is passed through a mineral tank which is full of resin beads that are charged with sodium ions.

As hard water is flushed through this resin tank, the hard water minerals like calcium and magnesium ions are replaced with sodium ions from the resin beads, and the result is soft water.

These types of systems include a brine tank filled with a brine solution. The brine solution used to wash the hard water minerals that are trapped in the resin tank and are clinging onto the resin beads (This is known as regeneration). Regeneration is necessary to recharge the beads and allow them to work as they should. The whole regeneration cycle can last approximately two hours. Once the regeneration is done, the softening process can begin again.

The system is effective. However, the resulting soft water has high levels of sodium. So, the quality of the softened water produced is not the best for drinking water, especially for people on sodium-restricted diets. Some would recommend using potassium chloride instead of salt, but the former is way more expensive.

Salt-free systems work a little differently to salt based systems. Generally, they don’t require resin beads, a brine tank nor a brine solution to soften water. Hence, there is no need for a regeneration cycle as well.

Hard water minerals are not actually removed from the water but their form is changed or crystallized.

In other words, the minerals are converted to hard crystal, and the resulting effect is that they cannot bind, or stick, to any surface.

One of the biggest name brands in the salt-less water softening space is Aquasana – read reviews of their systems here.

So, which is the best water softener system?

Water softener systems work in different ways to eliminate the effects of hard water on your home. Each system works differently and some are better suited for certain situations.

There is an ongoing debate between the use of salt-based and salt-free water softener systems, but the most effective way to soften water is still to use a salt-based system, so check out our reviews of some of the top rated systems here.

If you are unsure of what type of system to use, we recommend first trying a shower head water softener and seeing if the results are favorable.

There you have it. the next time someone asks “how do water softeners work?” you’ll have a great answer!

The Water Softener Critic homepage is the best place to start your water softener journey.

How about some helpful articles about hard and soft water, and everything related? These resource has got you covered